Have you ever heard of Actito?

Well, I will not trace the full history of this company, but simply specify that it is one of the European leaders in marketing automation.

Why do I talk to you about Actito today? simply because on June 15, 2019, Actito acquired SmartFocus.

Does SmartFocus rings any bell ? It is also a marketing automation platform, created in 1998 under the name of Emailvision.

If we take a step back, we see that Adobe bought Neolane and SalesForce bought ExactTarget. It is in this same logic of consolidation that Actito decided to join forces with that of SmartFocus.

Actito which initially is a Franco-Belgian company, has now almost tripled its size and will have office in Spain and England. As for the North American market, Actito is already present in Canada, repatriated the SmartFocus teams initially present in New York. This acquisition makes SmartFocus a key player in the field of marketing automation.

This merger between Actito and SmartFocus has been extremely positively received by SmartFocus customers. In addition to benefiting from all the features of the Actito platform (the SmartFocus platform had not changed for the last 3 years), they see a clear improvement in customer support. It must be said that this is a particularly important point for Marc and his teams. Indeed a CSM Actito manages on average 15 customers, when a CSM SmartFocus takes care of about 60!

From the SmartFocus teams point of view, it is also a very good news, as they project themselves into a concrete and exciting future project.

Actito’s project is to gradually migrate SmartFocus customers to its platform, and to maintain only the Actito brand. The enormous power of SmartFocus with its 14,000 IP addresses, data centers and the millions of emails sent every month will now do more than one under the Actito banner.

My friend Marc Desanfant, CEO Actito France, tells me that this purchase is only a first step in the Actito’s transformation ! Marc still keeps some mystery about their next moves… but he told me however that an ambitious recruitment plan is coming up with the hiring of fifty people in France, Spain, Belgium and England!

I look forward to the next step of this revolution within Actito. You can count on me to keep you informed of the next scoop. 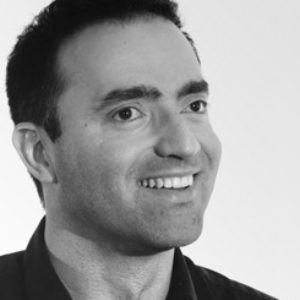